What is Kingdom Rush?

In the age of computer games where Flash games are a thing of the past, it’s nice to see that games like Kingdom Rush are able to do just that. Kingdom Rush is a tower defense game, where players strategically organize weapons and buildings in their kingdom to protect it from enemies. It’s about as standard as tower defense games, but it performs every little feature perfectly. This game is full of polish and every component works so well. I really enjoy this game and what it has done for the tower defense genre. If you are looking for a good tower defense game suitable for beginners, Kingdom Rush is the first game I have to recommend.

Have you ever played Kingdom Rush? Are you a little fed up? Are you looking for a game similar to Kingdom Rush, without being too clone? If you are reading this article, I guess your answer to all of these questions is “yes”. Today I’m going to talk about some of the best games like Kingdom Rush, and I’m going to talk about who I think these games are best suited for. The tower defense genre isn’t as big as it used to be, but there are still a lot of amazing games that can be found there. Hope this article will enlighten you. Without further ado, let’s get right to the point.

I wanted to kick off this list by talking a bit about a title that’s a little more independent than some of the other games I’m going to write about. EDEN STAR is a basic science fiction themed building game. I think base building games are very different from tower defense games, although the general premise is similar. You gather resources and strengthen your defenses in order to defend a certain area. It’s the same general idea as tower defense games, but I think once you get into EDEN STAR you will realize how different the game is. feels. It’s an entirely different genre, which is why I decided to rate this game so low. However, this game has a lot going for it. 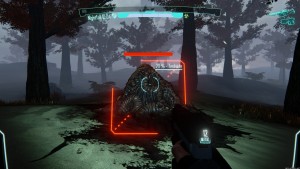 For starters, this game looks absolutely amazing. Kingdom Rush goes for a simpler aesthetic, which I can appreciate, but this game goes beyond that. The graphics are equivalent to what you would find in an AAA title. In addition, the gameplay is really a lot of fun. It’s a nice combination of action and strategy, which could be a refreshing change of pace for someone who’s fed up with the more laid-back way of most Kingdom Rush games. This game is definitely sort of out there, so I can see why a more casual tower defense player might not be interested in taking the plunge. However, if you are looking for something that is off the beaten path, I think EDEN STAR is worth a visit.

Toy Soldiers looks a bit like EDEN STAR, but the game is presented in a way that I think would be easier to understand for most Kingdom Rush fans, I think. The game is presented similarly to EDEN STAR. You engage in a war with the enemy and you are responsible for organizing and controlling your troops to control a preset point. While it might not look like it at first glance, this is just your typical tower defense game. What sets Toy Soldiers apart is the ability to directly manage some of your stations. If you install a turret, you can rely on yourself to control that turret and take out as many enemies as possible. It makes the game more convenient, and I think that’s a really cool feature. 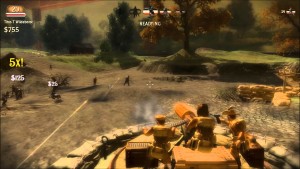 Toy Soldiers is not as confusing as EDEN STAR, and as a completely finished game you can expect a more refined and stable product. However, it should be noted that this game was originally released as an Xbox Live Arcade game in 2010. So it looks pretty much the same level of multiplayer activity you would expect from a 2010 Xbox Live Arcade game. It doesn’t look as good as some of the other games on this list, and the multiplayer community has really died out over the years. The single player campaign is great, but there’s not much else besides that. A few years ago, Toy Soldiers would easily be at the top of the list. However, it didn’t age as well as I would have liked, so I chose to place it a bit lower. Still, it’s well worth your time, and I think you should give it a try.

3. Clash of the clans

It may be a more controversial choice, but I think I’ll stick with it. When it comes to tower defense games, Clash of Clans is one of the most popular right now, and it’s not for nothing. In case you’ve been living under a rock for a few years, Clash of Clans is a tower defense game that doubles as a city builder. Players accumulate energy and various forms of currency to purchase buildings and tools for defensive purposes. Other players can invade your village, just as you can invade other villages. This game also has a pretty active online community – you can easily find all kinds of guides and tutorials online to help you fine-tune and improve your setup. 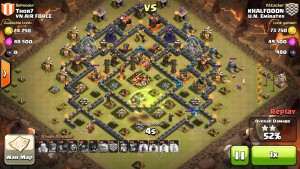 The reason I think this choice can be controversial is the freemium payment model. Clash of Clans is popular, but not particularly popular. Players can purchase premium currency to speed up production and regeneration. Although the strategic elements of the game prevent it from becoming profitable, spending money on this game greatly improves and speeds up your overall experience. I don’t think Clash of Clans deserves as much hate as it can possibly get, but I can certainly understand why someone would be put off by a “free” game that makes you constantly pouring money into it. It’s a really fun game that really looks and plays like Kingdom Rush, but I think its less-than-friendly player model keeps it from landing higher on this list.

The orcs must die! 2 takes some of the best elements of games like Toy Soldiers and EDEN STAR – games that seek to reinvent the tower defense genre – and brings them together in one game. In Orcs Must Die! 2, you are setting up an area in the traditional style of tower defense. Lay out traps, turrets and dangers and hope that the enemy cannot get past them. However, this all takes place from a third person perspective. You control a character. It’s not about standard top-down tower defense omniscience. You have funds and energy, and you need to use them carefully when building your defense. Like in Toy Soldiers, you can also use your character during combat, and skillful use of your own personal abilities could be the difference between victory and defeat. 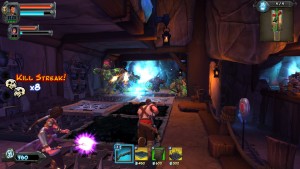 What I like most about Orcs Must Die! 2 is that it’s a tower defense game that does something different without feeling too unfamiliar. Like I said with EDEN STAR, it’s good to do something new, but it’s also good for players to be able to familiarize themselves with an experience with a sense of familiarity. This game looks like a game you’ve played a hundred times, but it’s still new and exciting. Not only that, but the orcs must die! 2 has a cooperative mode which is absolute fun to play with. I really wish I could get this game high on my list, but the next game I’m going to talk about is such a powerhouse that I don’t think I can solve myself. However, I still highly recommend this game, and it’s probably my favorite out of all the games I’m going to talk about today.

Yeah, who else? When it comes to tower defense, Plants vs. Zombies have reigned supreme for several years, on all types of platforms. The game started out as a simple little computer game, and has grown into something much bigger than itself. If you’ve never played this game before, you should be happy to know it’s pretty straightforward. A horde of zombies is invading and you have to protect your house with different plants. You plant seeds to grow plants in different patterns and arrangements to make sure your home is well protected. There is hardly any action for the player in this game – it’s all about strategy and thinking.

The game may seem simple and that’s because it sort of is. Plants vs. Zombies created an empire by being easy to learn, addicting, and true to its roots. This game never really tries to do anything completely different, and it really works for them. Like Kingdom Rush, Plants vs. Zombies is a more “vanilla” tower defense game, which isn’t necessarily a bad thing. In fact, I would say that the greatest strength of a strategy game should be its accessibility. As much as I love games like Orcs Must Die! 2, I think they can sometimes be too complex for their own good. It often feels like the games are trying a little too hard. Plants vs. Zombies reminds me of the old Flash tower defense, and it brings an authentic, classic tower defense experience to anyone looking for one. If this sounds like a game you would like, I hope you take a look at it.

Here is. In my opinion, these are the top five games like Kingdom Rush. Did I miss any of your favorites? The tower defense genre has grown quietly over the past couple of years, so I’m sure I might have missed a few hidden gems. If so, feel free to head over to the comments section below and tell me about it.

[ad_1] Armor Games and Ironhide Game Studio have announced that Kingdom Rush: Frontiers Flash is now available for free on Armor Games. The new version will make the game accessible to anyone with an internet connection to play the game’s first web browser. Read on to learn more. Extract from the press releaseToday, acclaimed casual […]

Iron Marines is the new game from the creators of Kingdom Rush, released on September 14

[ad_1] Uruguayan developers Ironhide Studios have announced the fourth and final entry in their hit tower defense series Kingdom Rush. In Kingdom Rush Vengeance, the big bad from previous games Vez’nan returns and his dark army rises again to attack the Kingdom. Kingdom Rush was first released in 2011 as an online flash game and […]